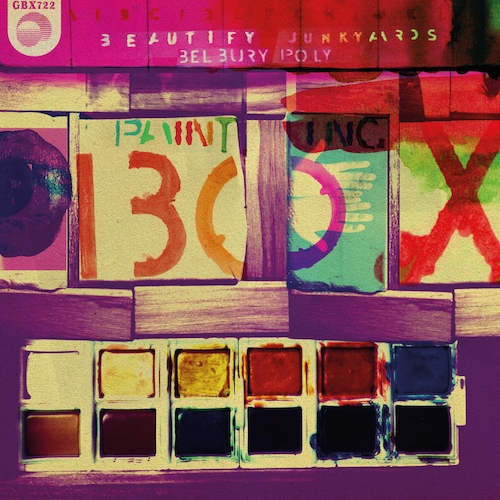 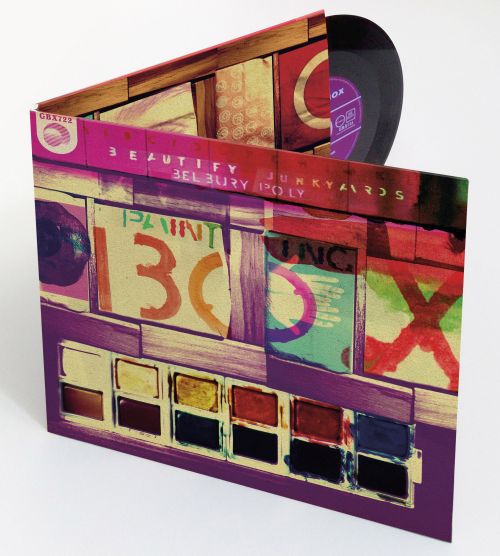 The super heavyweight vinyl single is packaged in a gorgeous gatefold sleeve designed by Julian House. Orders & pre-orders from the Ghost Box shop come with access to a free DL version of this single.

For this new Ghost Box 45, a dream team is put together: label honcho/resident chief hauntologist Jim Jupp, and Portuguese adventurers Beautify Junkyards, both certified masters of slinky retro-futurism by now. What better canvas for a collaborative sonic collage than an old Incredible String Band favourite (and one of Mike Heron’s most kaleidoscope-friendly compositions)? Produced by Jupp and wrapped in one of Julian House’s dreamiest sleeves, this rework of 1967’s ‘Painting Box’ is simply enchanting, and as radiant as the original. Belbury Poly’s unmistakable analogue touch intertwines splendidly with Joao Branco Kyron’s caressing, daydream-inducing vocals. This is what collaborations should always be like: emotional communion allowing each artist to remain utterly true to themselves. So much so that moving to the B-side, a Junkyards-only gem, doesn’t feel disjointed. ‘Ritual In Transfigured lime’ is an ideal addition to the mesmeric fusion pop of this year’s exquisite Cosmorama LP.
Shindig


The record plays. Thoughts loosen, their intricate wonders blossom about the room. Afternoon levitation; dreaming in the rain; conversations with well dressed animals; tea sipped outside the pages of the book inside the story. For the Jim Jupp-produced Incredible String Band cover by Beautify Junkyards and Belbury Poly is a living and breathing imagination machine.
Concrete Islands