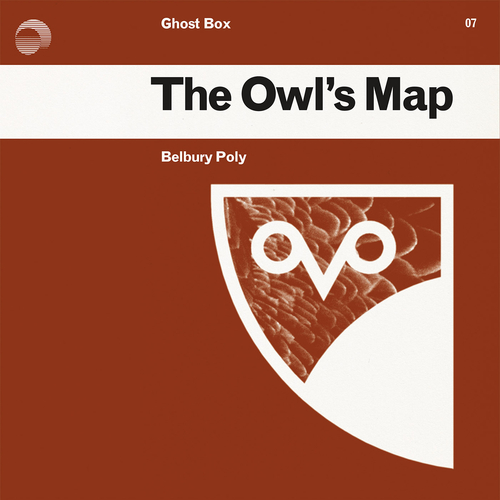 The Owls Map, pinpoints haunted roads, great days out and strange legends on a topography of melodic electronics.

The second album for Belbury Poly, first released in 2006. It’s music that is by turns, jaunty and dark and was inspired by TV soundtracks, folk and library music and 1970s electronic music technology. It established the mood and the imagined geography of Belbury, the fictional parallel-world setting for the record label itself. 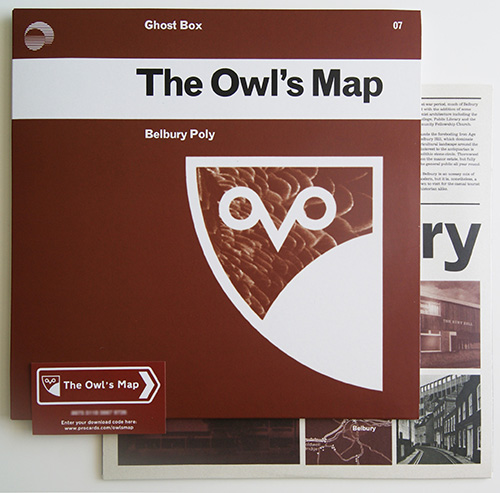 This re-issue has been specially remastered by Jon Brooks for this first outing on vinyl. Ghost Box designer, Julian House has adapted the original CD artwork to the new heavyweight vinyl format. It includes a colour card inner sleeve with a visitor’s guide to Belbury and a free download code card.

“The Owl’s Map...some of the most delightful electronica to arise in Britain since Aphex Twin, the Black Dog and Global Communication.”
The Sunday Times


"While it seems like everyone's soundtracking an imaginary world these days, in 2006 Jim Jupp's recycled 60s and 70s kid's TV themes, long-forgotten library jingles and British folk sounds that accompanied a sonic walkabout of a strange and wonderful fictional village, Belbury, was pioneering stuff. This, a vinyl re-issue of Belbury Poly's second LP, found him composing melodies on an array of vintage analogue synths, adding hand percussion, melodica, psaltery, bells, bongos and samples to illustrate 12 stops on his magickal mystery tour. Disembodied laughter, intrusively chirpy Minimoog and shimmering sci-fi FX lead you from 'Rattler's Hey' to 'The People' and 'Lord Belbury's Folly'. Memories stir as the InterCity 125 leaves 'The New Mobility' and we push aside the tangle of vines to reveal the Penda's Fen-like 'Pan's Garden'. It's not only chilling stuff, by day or night, but it's a now-seminal idea that's encouraged a new wave of folk horror dystopians from Scarfolk to Ben Wheatley to emerge."
Electronic Sound